Many guys who are new to wet shaving often find themselves seeking the best bay rum aftershave.

With so many available how do you know which will be right for you? Well that is what we here for and going to attempt to help you make the right decision.

Fair warning, you might become addicted to this scent after giving it a shot!

How Did Bay Rum Get So Popular?

What is a Bay Rum? I’ve heard of it a thousand times already, is it some kind of spirit? Upon doing some research, it is some kind of distillate and it was originally made in Saint Thomas, or most probably in some West Indian islands.

It was made from rum and the leaves and/or berries of a West Indian bay tree, the Pimenta Racemosa. Some of the ingredients may be citrus and spice oils, while the most commons are lime oil and oil of cloves.

The process is adding a drop of oil cloves into two parts bay tree oil and a drop of pimenta oil, these are the recipes for bay rum production. The aromatics are steeped in alcohol and as the last step is adding an equal part of “good rum” and cinnamon.

It was first made fashionable in New York and other American cities before it was introduced and made available in Europe.

One example is the “Rexall bay rum” the product was from the Prohibition era in the United States. It was labeled “for external use only”, due to the large portion of alcohol in it, about 58% grain alcohol. It was often used as a legal, if somewhat toxic, source of beverage alcohol.

Where To Buy The Bay Rum Aftershave?

There are lots of places you can go to buy aftershave, there are physical stores like Walmart. Or you can either go online using Amazon.

You cannot really compare an apple to an orange, physical stores tend to be more expensive than online stores like Amazon. Plus, you get the added benefit of making your purchase from the comfort of your home and not having to walk and fall in line to settle your purchases.

An additional benefit is that the items will be delivered to your doorstep after a few days upon purchasing. You also have the security of the return policy if there are concerns with your purchase. So, technically, buying online through Amazon is pretty much more cost effective, and a time saver as well. 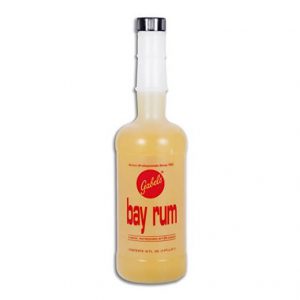 If you’re looking for that old school bay rum “barber shop” smell which will last most of the day, Gabels bay rum seems to be the perfect one for you. It is surprisingly good, especially for the price. The price is around $10 for a 16 oz. bottle.

So if you’re looking for an affordable bay rum aftershave with great skin toning properties and reasonably long-lasting scent. The scent is definitely not overpowering and is suitable for a work environment because of the true bay rum smell without much of that clover scent.

This is the most effective aftershave with a soothing finish that doesn’t seem to burn as bad and a body lotion for any scrapes or dry skin. The scent is perfectly pleasant, it is not too strong, and the scent “mellows” quickly, leaving no trace of stickiness or that candy smell.

Though some men prefer to have that strong bay rum smell on their aftershave and have that alcohol mixed with clove scent, the Gabels bay rum aftershave this is not the one for you.

Another factor that you need to consider is that Gabels bay rum aftershave are being sold in a plastic bottle, it doesn’t have that fancy bottle that you can put in your bathroom cabinet for display. It is definitely a contender. 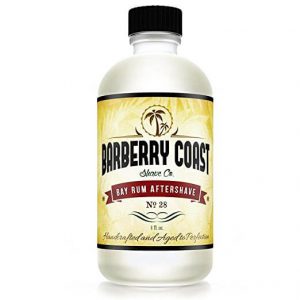 As the brand promised their customers, that “we deserve the best”, even though it seems to be cliché already, the Barberry Coast Aftershave products are still giving a fair competition with its competitors.

The brand says that all their products are handcrafted with all natural and premium ingredients, that each batch of their Bay Rum is filtered and aged to perfection like an expensive wine or whiskey. Sounds interesting, right?

It is also stated that there are no synthetic chemicals or artificial colors included with each product. All of them are formulated with a unique blend of all the natural exotic spices & citrus, paired with essential oils and extracts and the essence of bay leaves from the West Indian Islands.

Basically, if you’re into the organic lifestyle, this is the one for you. It is safe, it is healthy and of course, it is good for your skin.

The only thing that you need to look out for before buying a Barberry Coast Aftershave products is the longevity of the scent. If you’re looking for something that will last for a day or even half a day, this is not the right product for you. 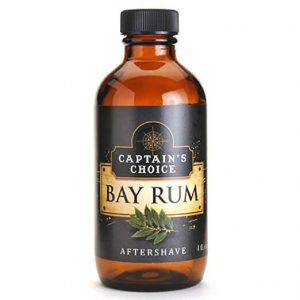 No, this is not made out of a whip, but if you’re seeking a spicier, a darker scent to satisfy your nostalgic shaving experience, this is the right choice for you! Straight from the first splash, Captain’s Choice Cat O’ Nine Tails Bay Rum delivers a burn you will not get from other aftershaves.

You’ll immediately feel that your skin is tightening, thanks to the witch hazel. The Captain’s Choice scent is full bay rum and warm cloves, so this will definitely give you that strong dark aftershave scent.

If you like that “burn after shaving” feeling, you may want to give this one a try. You will not believe the warmth you’ll feel. It may feel like your face is on fire but it doesn’t, it will not last very long. If you want something a bit tamer, use the Captain’s Choice Bay Rum.

But not all people are into dark, strong scents, especially if you’re that type of person who uses aftershave as an additional cologne, you may want to reconsider getting this one. This is because of the witch hazel and the clove, not much of a bay rum and essential oils mixture.

Though the strong scent may be appalling to some, there are still people who prefer using these products just because it is strong and refreshing. 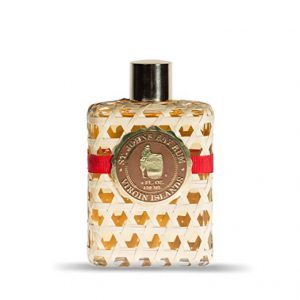 St Johns Bay Rum Aftershave Lotion/Cologne has a warm, round and approachable, kind of like the cool and refreshing smell and with a very nice packaging. This is not your typical bay rum aftershave that gives you that “barbershop smell”, but the St. John’s Bay Rum can be worn on a normal day due to its subtle scent.

St. John’s Bay Rum is known to experts throughout the world as one of the best. It has the blend of the richest West Indian Bay Leaf Oils and the premium Caribbean fragrances. This creates a natural, manly essence of eucalyptus, cloves, and with a hint of Caribbean spices.

The bottles are handcrafted in small batches at the St Johns Fragrance Factory in St. Thomas, U.S. Virgin Islands It can be placed inside your bathroom cabinet or on top of your display.

It doesn’t have much negative feedback. Some of them are just reviews about the handling of the product, the service of the seller, some doubts whether the product that was sent was an old stock. Nonetheless, St. John’s Bay Rum Aftershave is definitely on the top priority list when considering on getting your bay rum aftershave. 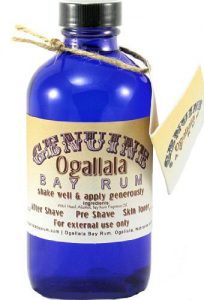 The Ogalla Bay Aftershave has an old-time looking bottle and labels which make the bottle itself a great bathroom decoration and this can also be placed together with a bottle of St. John’s…but you’ll definitely want to use the product too!

Ogalla Bay Rum products have a bold, refreshing fragrance, it has more of a fragrance than most and is simply the best you’ll find! The price is around $12.50, so that’s pretty much a good deal. They also offer the Aftershave, Cologne, and the Double Reserved.

It also has a nice burn and a little bit of a strong clove scent, so if you’re not into that clove scent, this product may not be applicable to you, though it has a nice classic, masculine scent that feels good when you splash it on your face and it will last for hours.

The sandalwood is noticeable but doesn’t overpower the bay scent, but for some, the scent was way too sweet and it has some vanilla-like smell, something you would use in baking. It seems to contain a high percentage of witch hazel which gives you that burning sensation feeling when you apply it on your face.

So there you have it, 5 possible choices for the bay rum aftershave.

Of course, every guys skin is different so what some like others will hate. There are hundreds of reviews for you to check out. So there should be at least a few you can relate to.

If you are going to take the time and treat your skin right with a nice double edge safety razor or straight razor, you might as well finish the job with some quality aftershave.

Do you use a bay rum aftershave? Let us know how you like it in the comments below! 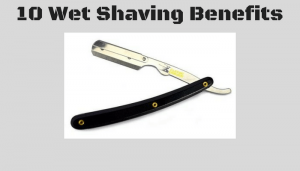 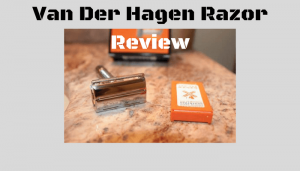